Turning in My Player's Hat 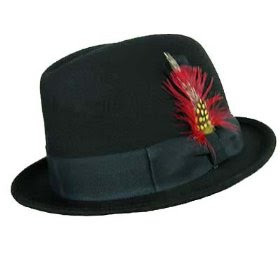 I know this piece is talking to either somebody or a few people...

Turning in My Players Hat!

When my friend Ethan (named changed to not put him out there) told me that he’s tired of all this dating and wants to settle down I almost passed out. He’s truly attractive and I’ve seen him grow over the course of our 20+ year of friendship. He loved women, all kinds and they would flock to him. I mean who wouldn’t. He’s smart, witty and charming. Great job, has his head on right and is learning from his mistakes. But he just wasn’t ready to settle down. As we sat on the phone he laid out his master plan to me. I thought to myself, “My God we’re grownups.” We want to have families, see each other blow up and live our dreams. I was still in shock that my brother is turning in the players’ hat for a wife. He’s been through a lot in his life. When he lost his Grandpa shortly after I lost mine I felt his pain. His sound board was gone. All of the wisdom of listening to an elder man was silenced.

He never wanted his crew to see his pain but we knew he was hurting when he dropped off the face of the earth for a year. My Papa has been gone for over 8 years now and I still miss him. I wish I had the opportunity to ask him questions (especially in the dating department). But I do through prayer but there is nothing like hearing his voice.

Anyway a few of my male friends are turning in those player hats (heck even some girlfriends of mine). They are tired of this crazy dating game, settling down for the one that brings them joy and sometimes throwing in the cards cost a price. Some friends won’t and don’t want to understand. They are steadily tripping because they feel as if you are leaving them out in the cold. You don’t hang out in the clubs as much or at all, you prefer a lounge with a nice drink and conversation, your shirts aren’t as fitting but you still look good, etc. Men don’t deal with this as much (at least I haven’t seen the cattiness).

But even for dudes they get the locked down jokes. Okay so what you’d rather hang out with the wife instead of drinking brews with your friends. You start hanging out with men who are married like you and are done with clubbing and trying to get numbers at the end of the night. Sometimes friendships will come to an end. Paths won’t connect because a party doesn’t want to let you go and if you love that man or woman then you have two choices. Tell them I’m sorry but I’d rather go club hopping and hang out with my peeps or make your friends understand that this is a new chapter in your life. Either deal with it or don’t.

I’m personally happy for a few of my friends that are all in love, making strides to walk down the aisle sooner than later because when I see them with their partner I see nothing but love. We still hang out with each other and even go out. But I’ve grown as a person too; I don’t like the loud clubs as much. I like to chill over the weekend. Go listen to a live band, open mic, etc. I even love going over my friends houses that are married and have kids (I swear they throw the best bar b ques and get togethers). Secretly they are an inspiration to me as I see a whole family get down and have fun but still want to involve their friends in their life.
Turning in your players’ hat, cards, black books, and everything is fine. It’s a signal that you are growing up and want to take life to the next stage and this time with someone who you honestly love with all your heart.

As one of the pastors used to say in church back in Dallas. “All you single people who have friends getting married don’t hate…motivate!” Everyone would crack up but he had a good point. Look to them as a source of preparing for your future and if you are a good friend then let them go and be with their loved one and not cause any drama. Appreciate that your player friend has handed in his/her badge and said…I’m done.
Posted by Serena W. at 8:47 PM